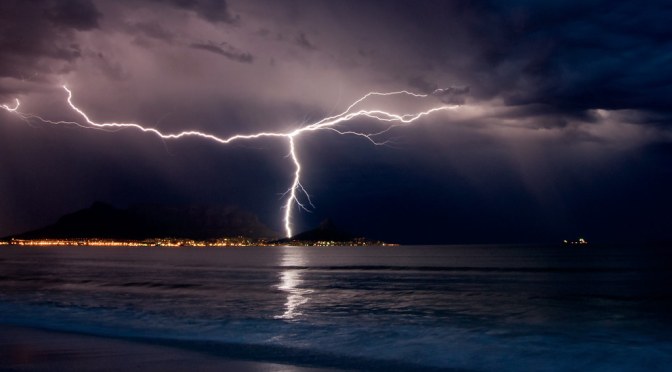 This is an interesting episode in terms of shark behavior. Great Whites give birth to live young, and so it is entirely possible that they may choose to spend their lives with their siblings. I felt a bit cheated by the discovery that both sharks had already been tagged and had their DNA sampled, but the results not stated in the show.

While interesting, I didn’t really enjoy this episode. I found the premise intriguing. My issue was the main focus of the show, Andrew Mayne. He struck me as someone more interested in the gimmick of an electric suit, not the actual sharks. Still, the episode was great about showing the trial and error process of experimentation and invention.

I Was Prey: Shark Week –

This was the most emotional of all the Shark Week episodes, following two shark attack survivors as they recount their experiences. I was impressed by both survivors’ attitudes. They don’t blame the sharks for doing what they naturally do, and still make a point of going back to the ocean. I was impressed by the warnings at the beginning of the episode, letting people know the graphic nature of the images shown. Even then, the photos of the actual injuries were blurred.

Today’s review is a little bit different. It is a self-review, or an explanation of why I am such a shark nut.

I’ve always been a water-child. I am the daughter of a Navy man, and so most of my early memories involve being around the ocean. I remember hunting sand dollars and playing in tide pools, and visiting aquariums.

I loved dolphins and whales, but the movie Free Willy cemented my love of Orcas. I was obsessed. I wanted to study Marine Biology as an adult. I wanted to work with Orcas. When I was 10, my parents gave me the National Audubon Society Pocket Guide to Familiar Marine Mammals.

I focused all my studies to this goal, and while I did well in High School, College Maths and I did not agree. Between my math struggles and the fact that I had some family members disparaging my passion because “It wasn’t a money-making career.”, I floundered a while. I ended up not finishing college for other reasons and moved on with my life.

I still loved marine animals, but the increasing presence of the internet made clear that Orcas in captivity was not humane. I found the yearly ritual of watching Shark Week and visiting my local aquariums fed my interests. When the New England Aquarium (NEAQ) installed a Shark Touch Tank , I was hooked! I held my hand in the water and was brushed by a Cownose ray and a Cat shark(I honestly can’t call it petting….). The passion was back!

I read tons of nonfiction on Marine life in general and sharks in particular. I follow sharks tagged by Ocearch on Facebook and Twitter, and a ton of shark scientists. I advocate as much as I can for all marine life (except the invasive species), because my dream was deferred, and now I’m living with a disability that makes achieving it nigh impossible.

So I make new dreams, achievable ones. I dream of being able to rent a wheelchair and spend a day at the Georgia Aquarium(Atlanta, Georgia) so I can see a whale shark with my own eyes.  I dream of being well on the days NOAA and Ocearch scientists are giving lectures in my town so I can go see them. I dream of being well enough to volunteer doing data entry on sharks. I dream of being such a weird and wonderful shark fan that I can convince plush makers to design me a Wobbegong plushie (okay..I know this one is really left field, but I still want it to happen.)

Want a chance to win your own Shark puzzle? Giveaway Link: Here!

Disclosure:  The opinions are my own. All links are direct, I do not make money from them. Photo By Warren Tyrer via StockPholio.net

Thanks for reading, and please click the Follow Button under my profile on the right side of the page. To support posts like this in the future, consider joining my Patreon!